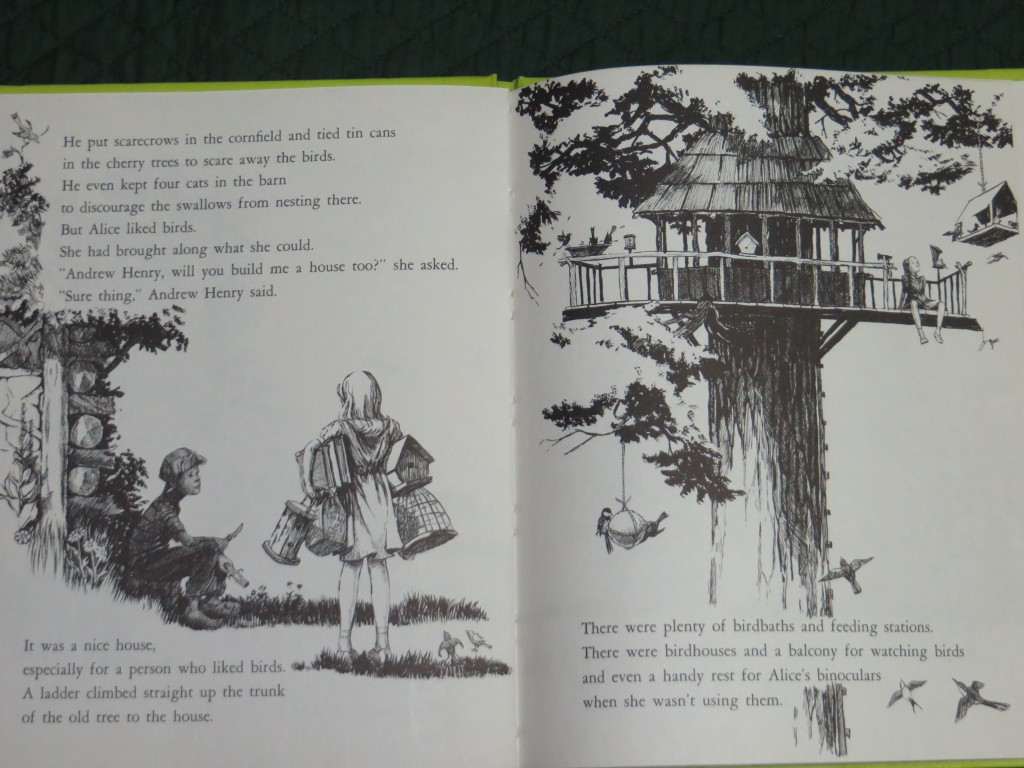 Comments Off on Andrew Henry’s Meadow

Happy Birthday to You! 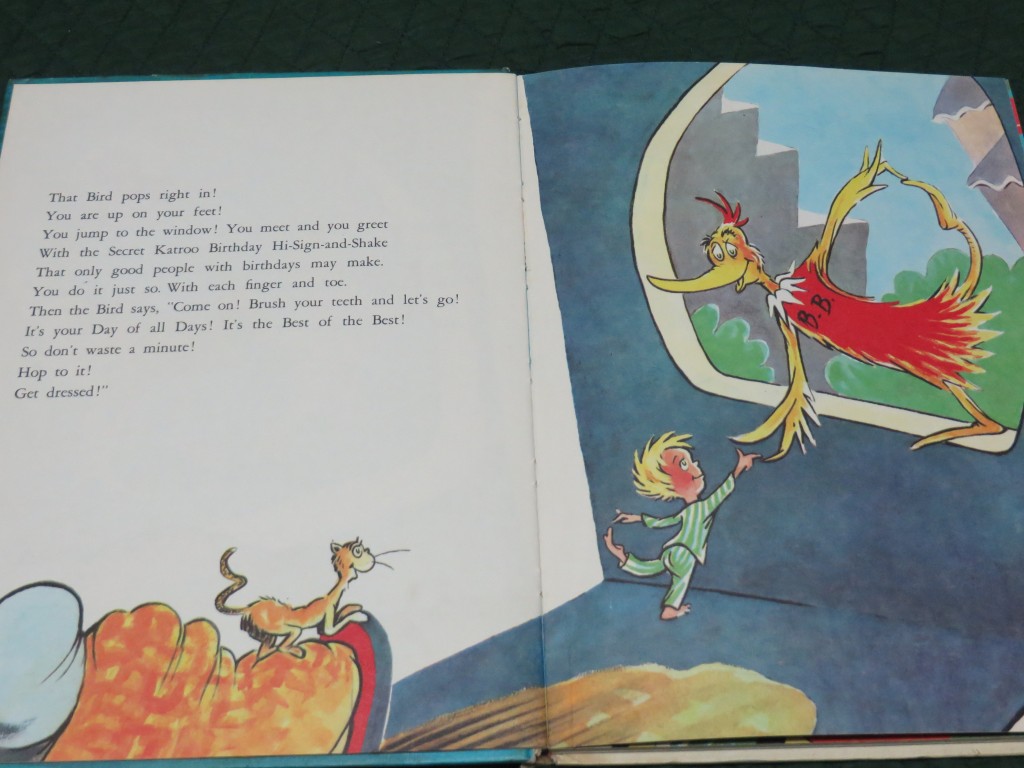 I wish we could do what they do in Katroo.
They sure know how to say “Happy Birthday to You!”

In Katroo, every year, on the day you were born
They start the day right in the bright early morn
When the Birthday Honk-Honker hikes high up Mt. Zorn
And lets loose a big blast on the big Birthday Horn.
And the voice of the horn calls out loud as it plays:
“Wake Up! For today is your Day of all Days!”

The perfect book for a birthday tradition.

Comments Off on Happy Birthday to You!

Tagged Animals, birthday, Dr. Seuss, food, garden, Happy Birthday to You!, I read this as a kid, Machines, tradition 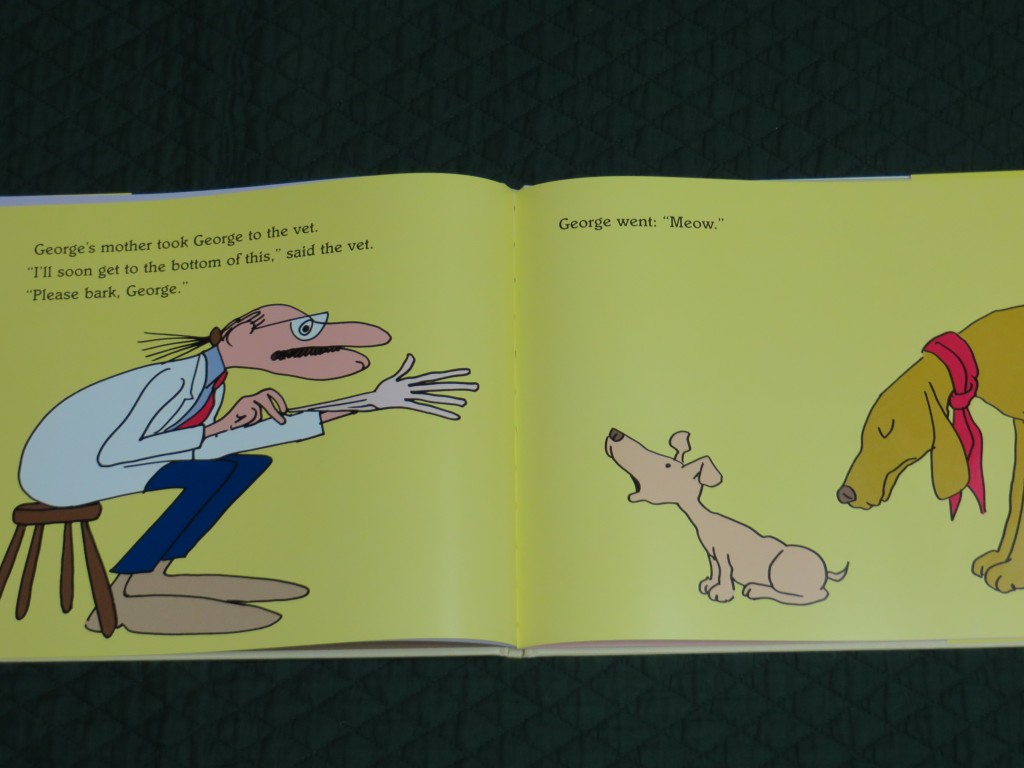 George’s unusual speech patterns have a very unusual cause. This book is quick and funny, which makes it a good choice for before bed.

Comments Off on Bark, George 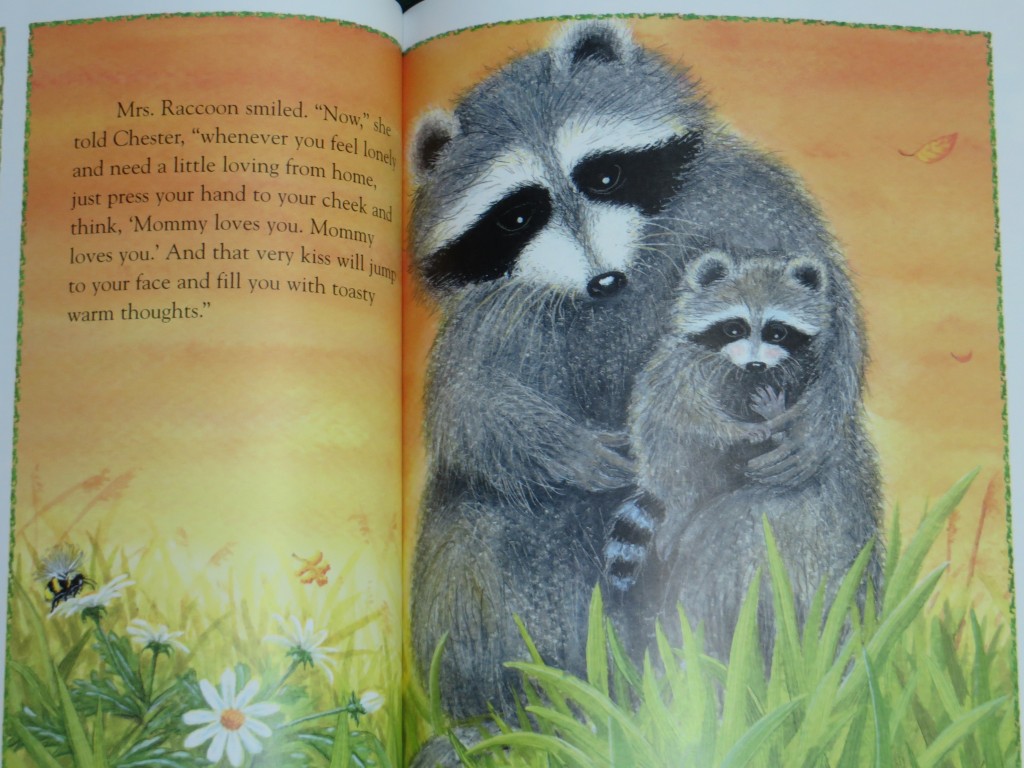 “Sometimes we all have to do things we
don’t want to do,” she told him gently. “Even
if they seem strange and scary at first. But you
will love school once you start.”

“Read new books. And swing on new swings. Besides,” she
added. “I know a wonderful secret that will make your nights
at school seem as warm and cozy as your days at home.”

If you have a kid starting kindergarten or preschool, you need this book. My oldest’s (wonderful) kindergarten teacher read this on the first day of school and it made a HUGE impression.

Comments Off on The Kissing Hand 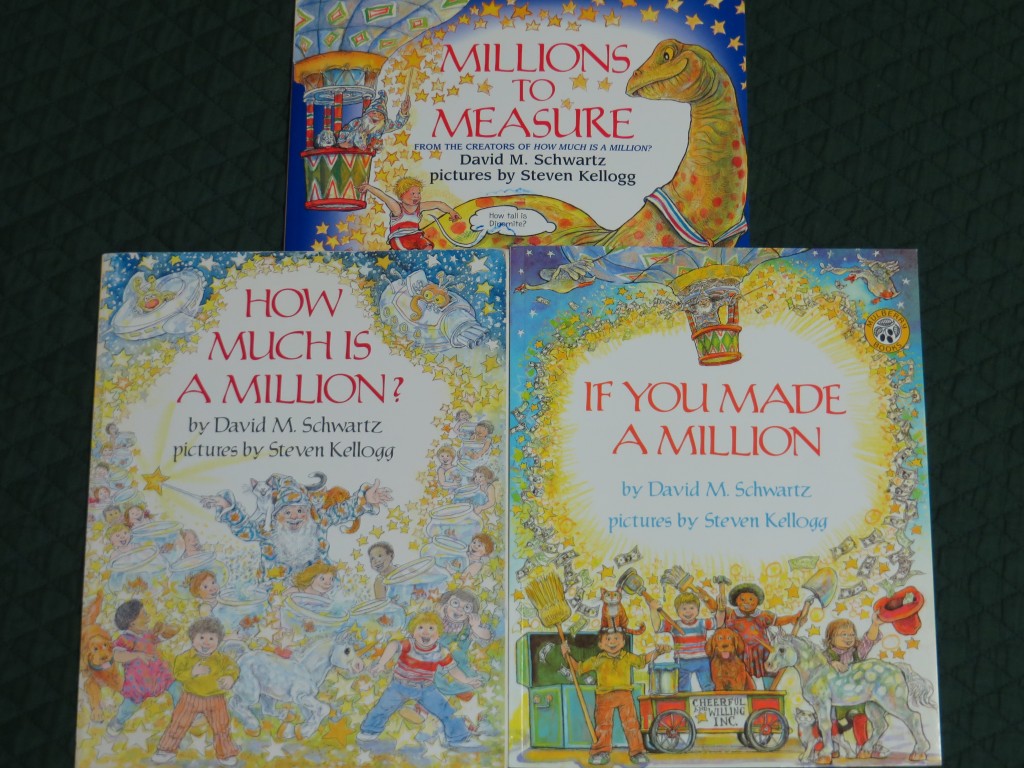 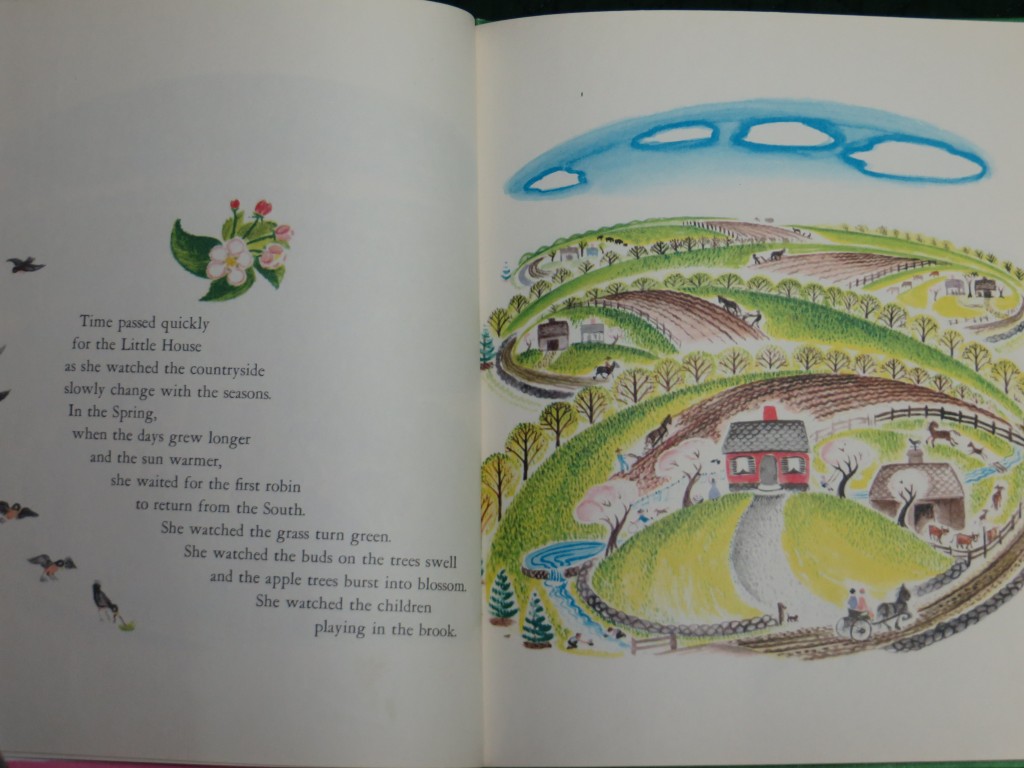 This is a seemingly simple story of one Little House, but there is a lot going on. The sun, moon, and stars go by. Seasons change. Children grow up. A city moves in. A house moves out. Curiosity is satisfied and a happy ending is finally reached.

The pictures are so beautiful and so very peaceful. I remember looking through it as a kid over and over again and am happy the boys really like it too.

Comments Off on The Little House 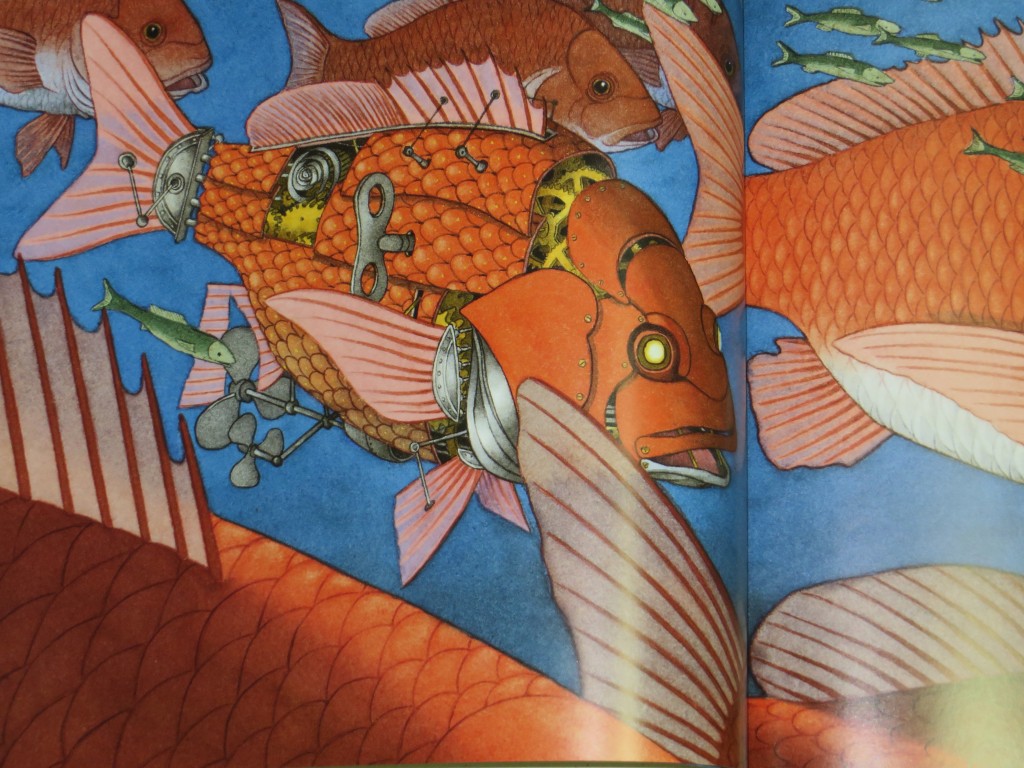 As we’ve discussed before, David Wisener’s work is nearly wordless and always carefully-plotted, mixing the familiar with the very strange. (Although it is very different, it reminds me of Shaun Tan’s excellent, wordless, graphic novel, The Arrival–which I look forward to introducing the boys to when they are bit older.)

Flotsam is the tale of an underwater camera that washes up on a beach with some very unusual pictures waiting to be developed. Among its other virtues, it is the perfect bedtime book for when you’ve lost your voice to a summer cold (assuming you’ve already explained the concept of “film” that needs to be developed during previous readings).

Comments Off on Flotsam