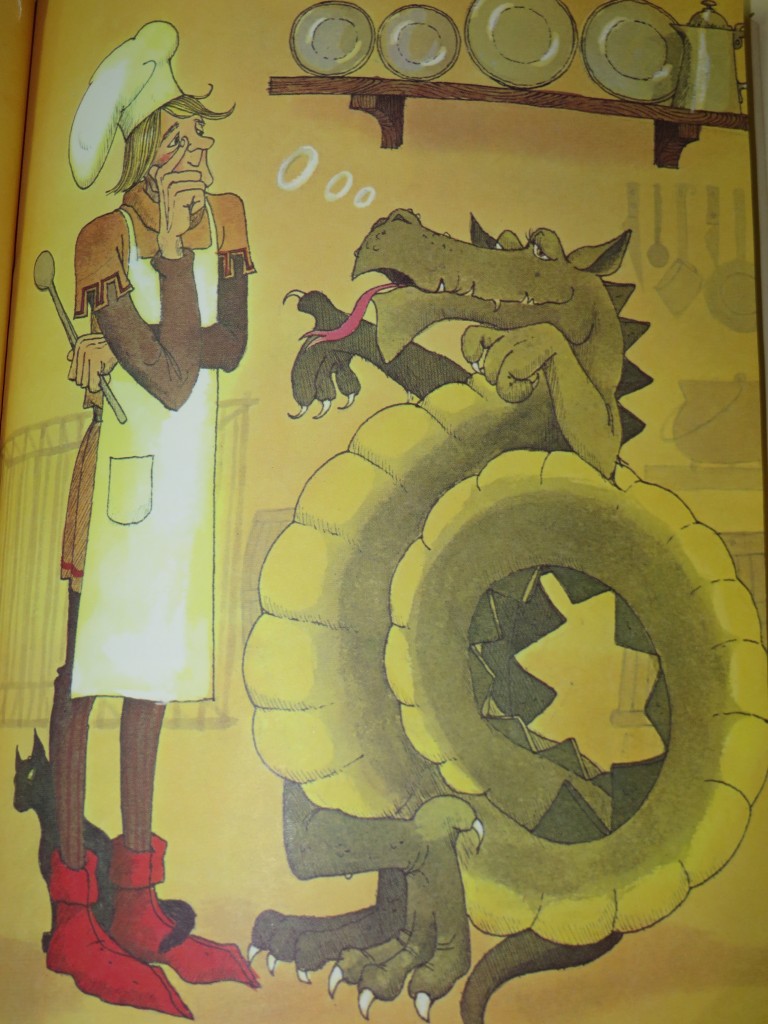 The Lady & the Lion 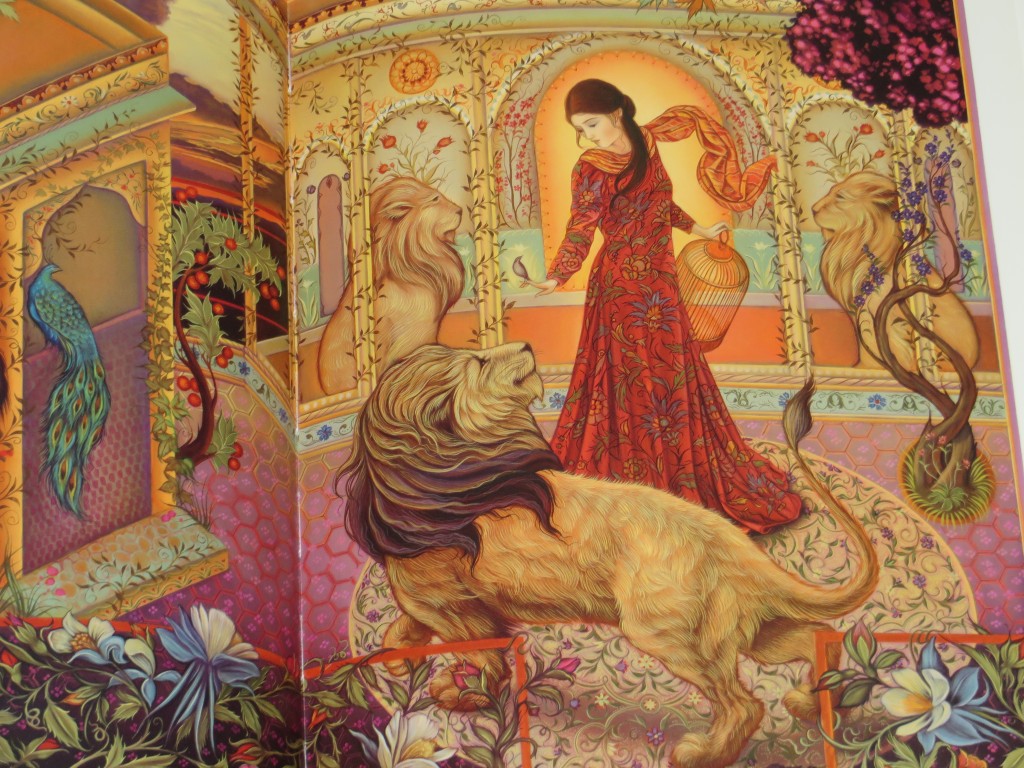 Once upon a time, a merchant asked his three daughters
what he should bring them from the city. The first asked
for pearls, the second for gold, but the youngest longed for
a singing lark. The merchant found a gold necklace and a
bracelet of gold, but there were no songbirds to be had for love
or money that winter.
He turned towards home, sorry to disappoint his youngest
daughter. The road took him past a fine castle, with a grand
garden full of spring flowers in spite of the winter snows. At the
top of a laurel tree, a lark sang.

While the boys show polite interest in The Magic Nesting Doll, by the same author and illustrator, they adore this book (which combines and reworks elements of The Singing, Springing Lark; Beauty and the Beast; and East of the Sun, West of the Moon). They each want a copy of their own and I can absolutely see why. (It is gorgeous. Plus, lions and dragons and griffins. Oh, my!) My oldest enjoys pointing out the plot follows the Frozen principle of getting to know someone before marrying them and my youngest repeatedly (forcefully) requests it as a bedtime story.

Comments Off on The Lady & the Lion 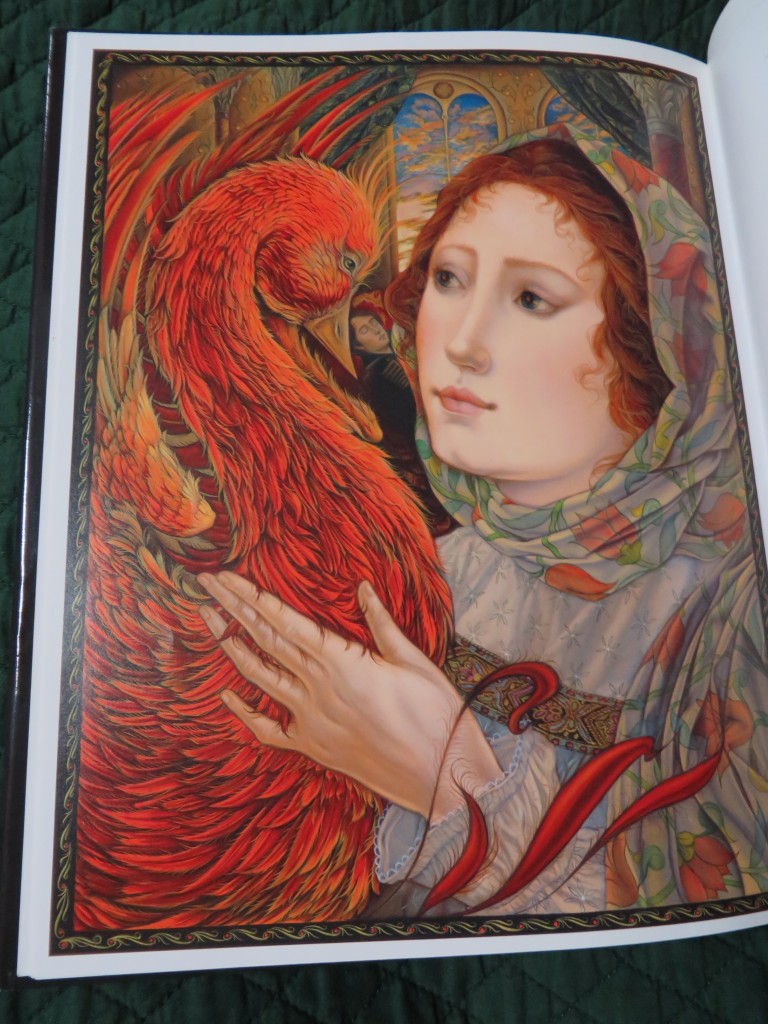 Once upon a time a girl named Katya lived with her grandmother
at the edge of the forest. They worked hard and loved
each other tenderly, until one day the old woman fell ill.
She called Katya to her side and said, “Little pigeon, my time is
near. Soon you must make your own way in the world, but I have
a gift that will help you.” She took a little matryoshka, a nesting
doll, out of a small box. The doll was smooth and bright, painted
in the likeness of the grandmother with apron and kerchief.
Katya started to open the doll.
“Stop!” said the old woman. “Not yet. If your need is great,
open the doll and help will come. But you may only do so three
times. After that, the magic will be gone. Keep the doll and
remember me.”

After her grandmother dies, Katya goes out into the world where she is told that:

“Ever since the Tsarevitch fell under a wicked spell that turned him
into living ice, it is always winter without thaw, night without moon,
and dark without dawn.”

Can Katya’s magic and courage break the spell, saving the crown prince and the kingdom? While there may not be much suspense (at least for an adult reader), getting to the answer is a pleasure. The story feels like a classic fairy tale, with an interesting Russian flavor, and Laurel Long’s illustrations are utterly beautiful (as in her The Twelve Days of Christmas). Although the boys enjoy this book, they do not reach for it as yet.

Comments Off on The Magic Nesting Doll

The House in the Night 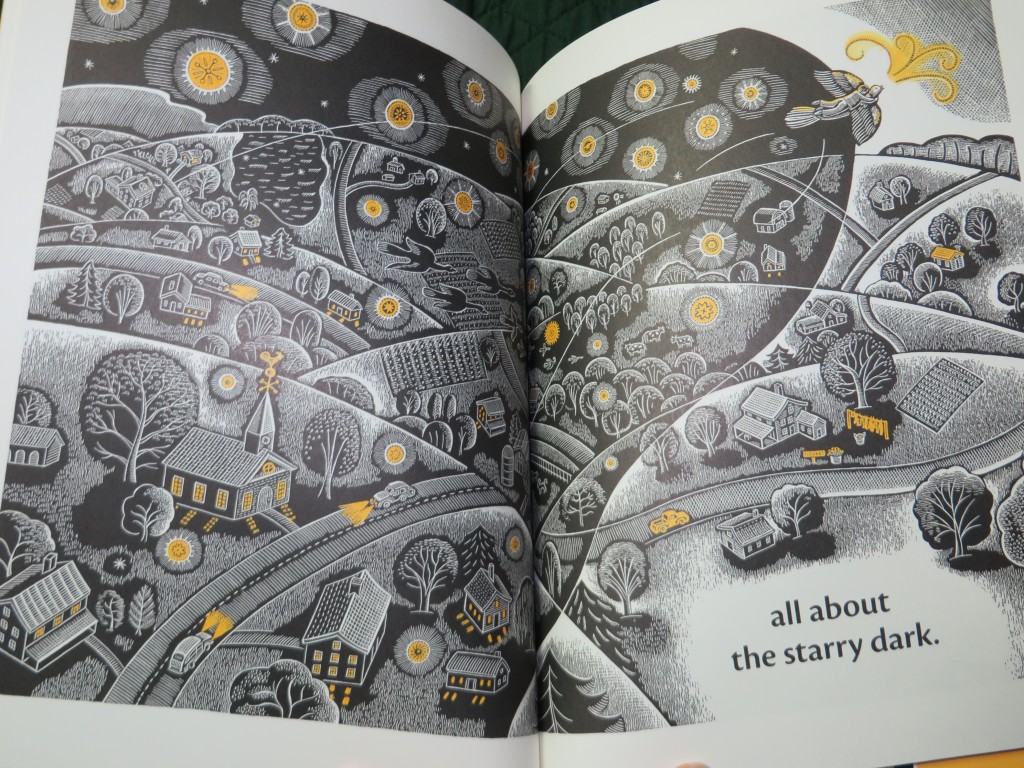 Here is the key to the house.
In the house burns a light.
In that light rests a bed.
On that bed waits a book.

The books I highlight around Mother’s Day are typically ones that the boys don’t like quite as much as I do. This book is different; for a while the boys actively disliked it. I find it to be very beautiful and soothing (and it was a present from a family member who inscribed our copy), so I didn’t get rid of it, but I did put it away for a few years.

Comments Off on The House in the Night

Posted on May 7, 2015 | Comments Off on Grandfather Twilight 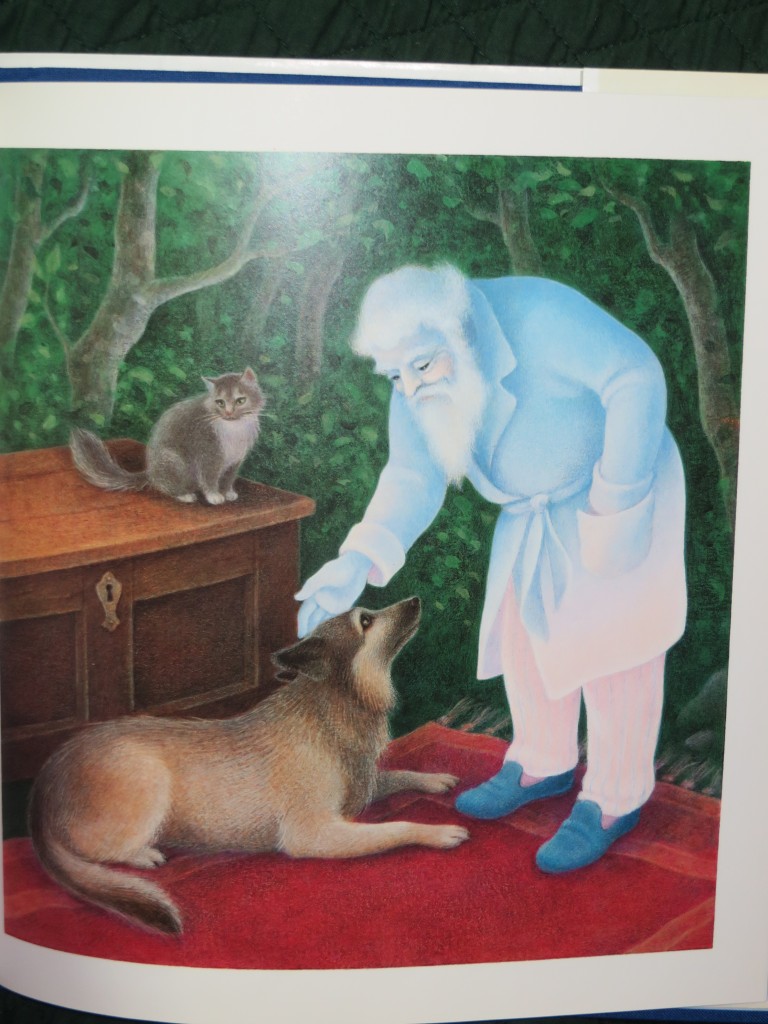 You could say that this book tells a simple story about the quiet routine of a grandfather. Or you could say that it is about cosmic matters of great significance. Either way, you’d be right.

Like When the Sun Rose, by the same author/illustrator, this book is peaceful and quiet and absolutely beautiful. And, also just like Sun Rose, the boys just aren’t that interested in it (perhaps because it dreamlike and has very few words).

Comments Off on Grandfather Twilight

Tagged Animals, Barbara Helen Berger, bedtime, Grandfather Twilight, I read this as a kid, Mama's Choice, When the Sun Rose 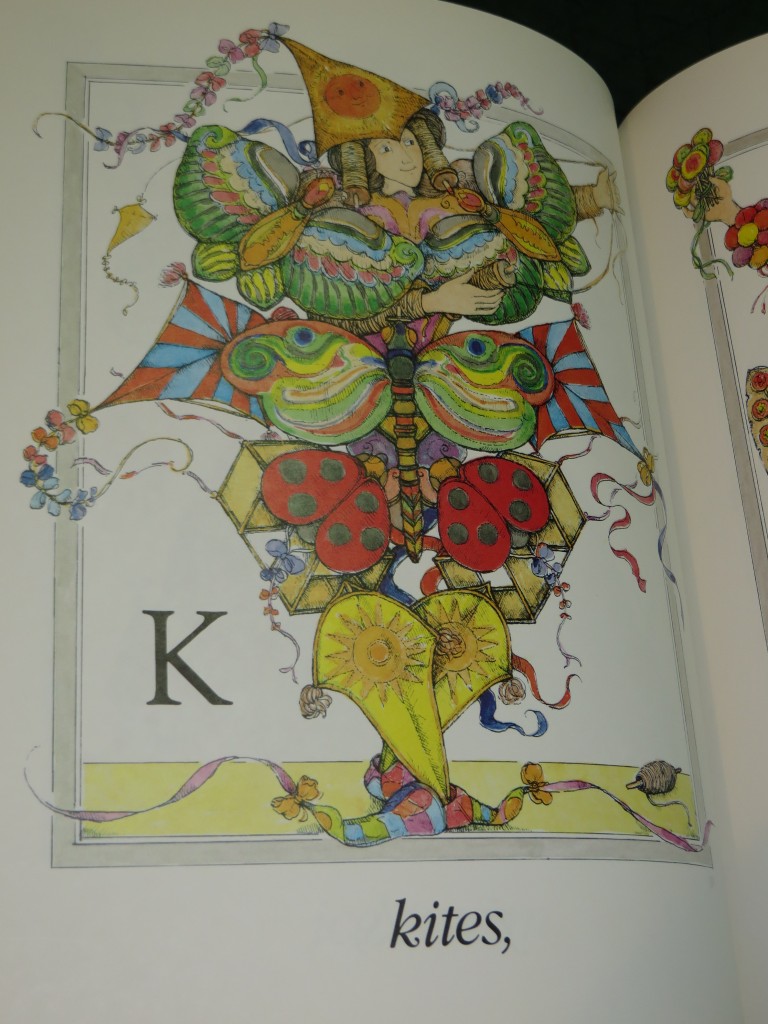 On Market Street, vendors of items from apples to zippers all wear (or are made of) their wares. I’ve loved this beautiful alphabet book from the first time I saw it as a child. The boys prefer The Racecar Alphabet, but this is the week when I share some of the books that I currently enjoy more than they do, in honor of Mother’s Day.

Comments Off on On Market Street