Posted on November 20, 2014 | Comments Off on The Mysterious Tadpole 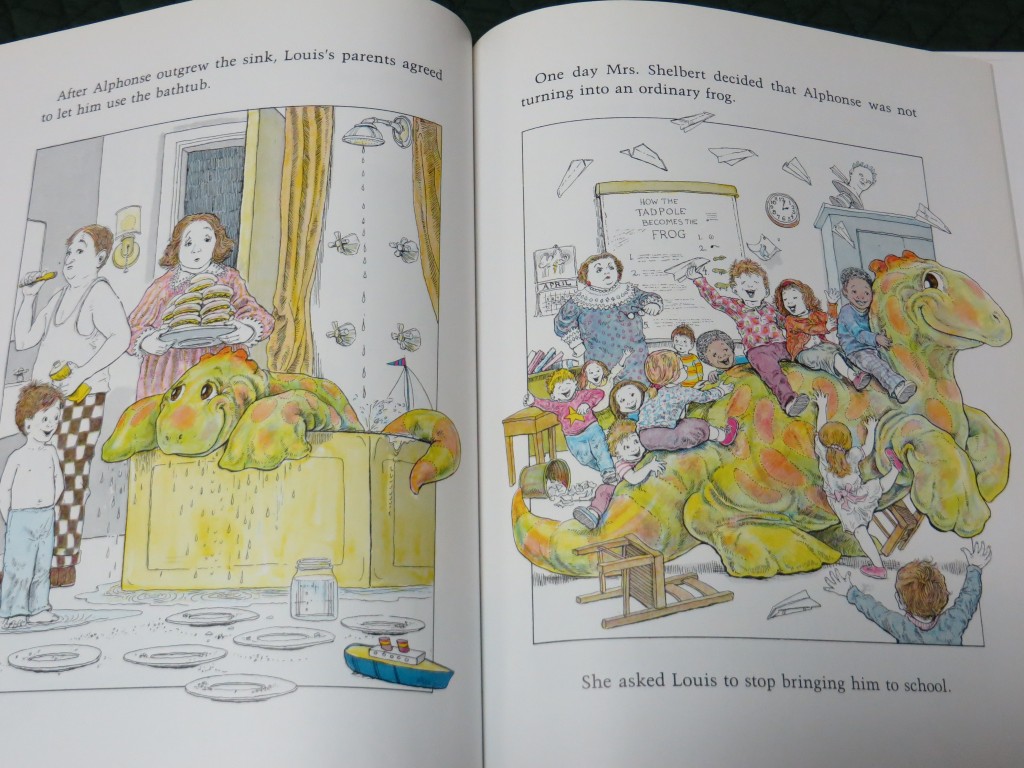 When Louis’ Scottish uncle sends him a tadpole as a birthday present (fresh from Loch Ness), it does not turn into a frog. It does, however, turn into a wonderful (if utterly impracticable) pet.

Note: This version of the book is out of print. In 2004, a new version was issued with a revised text and all new illustrations. The changes were not an improvement. Look for the version of the book that has the “tadpole” gazing up at Louis in profile, rather than a straight-on view of them both.

This entry was posted in Picture Books and tagged Animals, food, out of print, pirates, school, Steven Kellogg, The Mysterious Tadpole. Bookmark the permalink.